Join a tour that takes you to Vietnam, Laos and Cambodia. We travel in small groups with Swedish tour guides and local guides. In Vietnam, we visit the capital Hanoi with its rich culture and exciting contemporary history and go on a relaxing cruise in Halong Bay which offers one of Vietnam’s most beautiful and spectacular landscapes. In Laos, we meet a country that is still quite unknown to most Europeans. In Laos, we visit the country’s main sights and make a boat trip along the Mekong River and experience wonderful nature and a society characterized by Buddhist traditions and values. In Cambodia we visit the almost magical ruined city of Ankor with its fantastic monuments, Buddhist monastery complexes and Hindu temple areas and in the capital Phnom Penh we experience modern Cambodia. 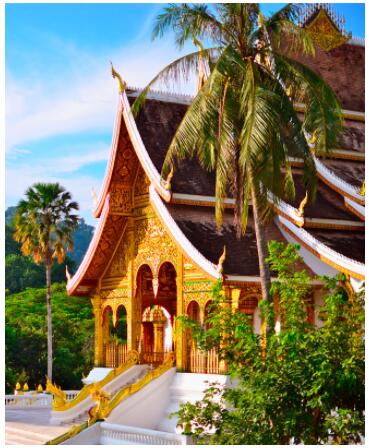 Day 1: Travel to Hanoi
Flights to Vietnam’s capital Hanoi. Meals are included on board the long-haul flight.

Day 2: Hanoi
We are welcomed by our local guide at the airport and go to the hotel for check-in. Welcome dinner in the evening. Overnight in Hanoi. (Dinner.)

Day 3: Hanoi
After breakfast we head to Ba Dinh Square where Father Ho Chi Minh proclaimed Vietnam’s independence in 1945. Here we visit Ho Chi Minh’s mausoleum and the nearby Buddhist One Pillar Pagoda as one of the city’s foremost symbols. Then we visit the ” Hanoi Hilton ” – Hoa Lo Prison. During the Vietnam War, downed American fighter pilots were kept here. After lunch we continue to Hoan Kiem Lake , centrally located in Hanoi’s older city center. Among other things, we visit the Ngoc Son Temple (“Jadeberg Temple”) and then ride a cyclo (bicycle taxi) through the narrow alleys of the Old Town and get to experience up close the lively commerce and the life of people found in these old neighborhoods dating from 1200- the number. We end the day by seeing a traditional mua roi nuoc performance, a kind of puppet show on a stage of water where the puppets are maneuvered by puppet masters behind the scenes. Overnight in Hanoi. (Breakfast and lunch.)

Day 4: Halong Bay
After breakfast we head to Halong Bay, known for its unique archipelago that is on the UNESCO World Heritage List. We board our cruise boat for a trip in the beautiful archipelago, which with its landscape of sugar-top-shaped and jungle-clad small islands is reminiscent of an Asian ink painting. We have lunch and dinner on board and enjoy the fantastic archipelago. Overnight on board. (Breakfast, lunch and dinner.)

Day 6: Luan Prabang area
After breakfast we take a boat upstream along the Mekong River to visitPak Ou Cave , a Buddhist pilgrimage destination where you will find thousands of Buddha statues that believers have left behind over the centuries. After exploring the caves, we continue along the river and stop in the village of Ban Xang Hai where we visit a distillery that produces “Mekong whiskey” with tasting for those who so wish. After lunch at a local restaurant next to the river, we take a bus to Ban Xang Khong, which is famous for its hand-woven silk fabrics and its traditional production of mulberry paper. Overnight in Luan Prabang. (Breakfast and lunch.)

Day 7: Luang Prabang Anyone
who wants to get up early to join an excursion to see how crowds of monks in their saffron costumes receivealms from the believing population (there is also the possibility to sleep a little longer for those who so wish). After an introduction, you can also participate in the distribution of the rice rations to the monks. The custom is unique to Laos, which is the only Buddhist country where the morning ritual has been preserved in its entirety. We then head to the Phosi market to witness the morning commerce and see what is marketed in the market where you can find everything from vegetables to fine textiles made by the minority people who inhabit Laos’ more inaccessible mountain areas. After breakfast we then head to the Luang Prabang National Museumwhich is housed in what used to be the Royal Palace. Among the exhibitions are various objects that belonged to Loa’s former royal family (the monarchy was abolished in 1975). We make a short visit to the nearby town of Ban Phanom where the minority people Lu manufacture intricately woven textiles with unique techniques and then continue to the beautiful waterfall Kuang Si nestled in Laotian greenery. The waterfall with its stepped natural pools with turquoise water is enchantingly beautiful. During the return journey, we visit a village inhabited by the Hmong people. Back in Luang Prabang, we end the day with a visit to the Wat Phousi Buddhist temple located on a hill in the older city center and get a nice view of the surroundings. Overnight in Luang Prabang. (Breakfast and lunch.)

Day 8: Luang Prabang – Siem Reap
After breakfast transfer to the airport before the trip to Siem Reap in Cambodia. On arrival we are met by the local guide and then head to the hotel for check-in. The rest of the day open for your own activities. Overnight stay in Siem Reap. (Breakfast.)

Day 9: Angkor area
Siem Reap is the modern city closest to the Angkor area which is Cambodia’s main attraction. After breakfast, we pick up our individual tour passes that all tourists must show to be admitted to the temple areas. We then visit Angkor Thom, once the largest city in the Khmer Empire (Angkor Thom means “big city”) built in the late 12th century by order of King Jayavarman VII. The area covers more than 900 hectares, most of which now consists of jungle. We visit the main sights in the more accessible parts of Angkor Thom, including the Bayon Temple which is located in the middle of the ruined city. The temple is known for its 216 large enigmatic stone faces that possibly represent King Jayavarman VII or perhaps the bodhisattva of Avalokitesvara. We then head to Angkor Vat, Perhaps the most famous temple complex in the Angkor area. Ankor Vat means “The city that is a temple” and was built in the 12th century by King Suryavarman II. The temple area covers a total of almost 200 hectares and we visit the most important buildings and admire the most interesting and best preserved of the many detailed reliefs that adorn the walls. The temple complex was originally built in honor of the god Vishnu and the temple architecture therefore reflects Hindu ideas. The main buildings in the middle of the complex symbolize the absolute center of the cosmos, the sacred mountain Meru, where it was imagined that the gods lived. In the afternoon we visit Ta Prohm, originally a Buddhist monastery built in the late 12th century. The ruins have been deliberately preserved without removing too much of the huge banana trees that threaten to devour the buildings. The beautiful old stone buildings that seem to be eaten up by the jungle are a completely magical sight.
Remember to dress appropriately when visiting temples. Women in tank tops and / or short dresses (or short shorts) are not allowed in many temple areas. The same applies to men in too short shorts and / or tank tops. Feel free to bring a sun hat and remember to drink plenty of water. Overnight in Siem Reap. (Breakfast and lunch)

Day 10: Siem Reap
After breakfast we visit the well known Cambodia Landmine Museum . Then we come to Chantiers Ecoles – Les Artisans d’Angkor “(Skolfälten – Angkor’s craftsmen) where young Cambodians are trained to preserve the Khmer’s traditional handicrafts by making stone carvings and swamp sculptures. In the afternoon we visit the Angkor National Museum , which displays the rich cultural heritage of the Khmers and the priceless objects that have been preserved since the heyday of the Khmer monarchy. Overnight in Siem Reap. (Breakfast and lunch)

Day 11: Siem Reap – Sihanoukville
We check out of the hotel in the morning and fly to Sihanoukville, also known as “Kampong Som”, and is a coastal city in Cambodia. Overnight in Sihanoukville. (Breakfast)

Day 12: Sihanoukville
There is a lot to find in the area. You can take it easy on the nearby beaches, go on a boat trip to one of the beautiful islands in the archipelago, fish, snorkel or dive, or perhaps discover the city on your own. There are plenty of restaurants with both domestic and international cuisine and there is an interesting market in the central part of the city. Overnight in Sihanoukville. (Breakfast.)

Day 13: Sihanoukville
Same as above. (Breakfast.)

Day 14:: Sihanoukville – Phnom Penh
After breakfast we take a bus through the Cambodian countryside (about 4 hours) to the country’s capital Phnom Penh . In the afternoon we go on a guided sightseeing tour through Phnom Penh and start the day by visiting the National Museum of Fine Artswhich houses the world’s foremost collections of Khmer art from the Angkor period. We then continue to the Royal Palace which is a fantastic example of traditional Khmer architecture. In the palace area, we see, among other things, the Silver Pagoda, whose floor is laid with 5,000 silver tiles and houses a Buddha statue in gold decorated with over 9,000 diamonds. Overnight in Phnom Penh. (Breakfast and lunch.)

Day 15: Phnom Penh
In the morning we visit S-21Tuol Sleng, originally a high school that during the Khmer Rouge’s cruel regime served as an interrogation and torture center where the victims were taken before they were executed. The building is today a museum of the genocide that took place in Cambodia in the 70s. Afternoon free time. In the evening we gather for a farewell dinner before transfer to the airport. (Breakfast and lunch.)

Day 16: Arrival at the boarding place.
At lunchtime we arrive in Sweden 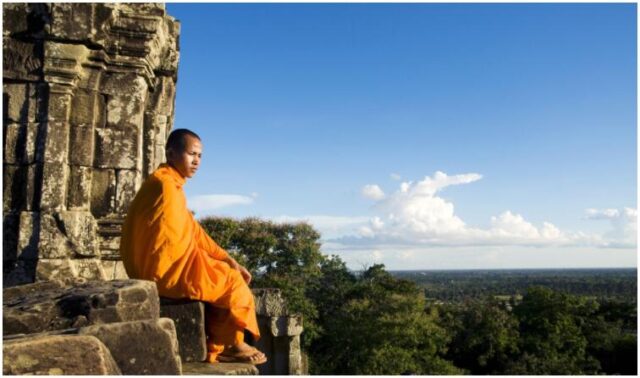