Efforts to revive the negotiations

When the Kurti government took office in Kosovo, international efforts to revive the negotiations between Kosovo and Serbia intensified. In particular, the question of the lifting or temporary suspension of tariffs came to the fore. Pressure on the government was particularly exerted by the new US special envoy for the negotiations, Ambassador in Berlin Richard Grenell. The announcement by Prime Minister Kurti at the end of February 2020 that he wanted to partially lift the punitive tariffs for a limited period and under certain conditions sparked the first coalition conflict with coalition partner LDK. The coalition government finally broke up at the end of March over the political demand from Washington to lift the punitive tariffs completely and without conditions. although the Kurti government subsequently lifted the tariffs completely without its former partner LDK, but subject to conditions for Serbia. When the Hoti government took office, these conditions were then completely lifted.

This cleared the way for a revival of the negotiations between Kosovo and Serbia, which, however, became the subject of a transatlantic conflict over the leadership role in the negotiations: In April, the EU had the former Slovak Foreign Minister Miroslav Lajcak with the newly created office of the EU special envoy for the Kosovo-Serbia negotiations entrusted. He started preparations for a restart of the negotiations and visited Pristina and Belgrade for the first time in mid-June. However, these efforts have been undermined by the US special envoy, who has been pursuing a parallel, uncoordinated negotiation process since his appointment in October 2019. At the beginning of 2020 he had already signed three agreements with Belgrade and Prishtina without the knowledge of the EUfor the restoration of train and air traffic as well as the construction of a motorway between Kosovo and Serbia, which initially remained purely declarations of intent. On the day of Lacjak’s first business trip, Grenell announced in mid-June, to the surprise of the EU, that he would organize a conference on June 27 in the White House with the presidents and prime ministers of the two countries. In contrast, EU representatives announced at a planned conference in Paris in July that they would hold on to the patronage of French President Macron and German Chancellor Merkel. After the Kosovo Special Court on June 24th, The Hague published that the public prosecutor’s office had filed an indictment against President Thaci and others for war crimes with the court in April, the President broke off his already started trip to Washington. The meeting was canceled after Prime Minister Hoti announced that he, too, would not travel to the USA in view of the circumstances.

With the short-term cancellation of the Washington meeting and the weakening of President Thaçi, the EU’s efforts came to the fore again. On July 10, the so-called Paris Summit took place under the leadership of French President Macron and German Chancellor Merkel, instead, which should originally have taken place a year earlier. Due to scheduling reasons and the corona pandemic, the summit at which Kosovo was first represented by Prime Minister Hoti was held as a video conference, as was the meeting between Hoti and President Vučić in Brussels two days later. Four days later, on July 16, there was a physical meeting between the Kosovar prime minister and the Serbian president in Brussels, the official resumption of negotiations for a final dialogue after a 20-month break, mediated by the EU special envoy Lajčák and the chief diplomat of the Union Borrell instead. The participants were largely silent about the basis, principles and content of the discussions.

According to PAYHELPCENTER, the transatlantic race culminated in the signing of the Washington “Agreement” on September 4, 2020 in the Weise Haus. With the signing of two separate letters by Prime Minister Hoti for Kosovo and President Vučić for Serbia in the presence of US President Donald Trump, the unilateral effort was achieved of Special Envoy Grenell culminated and provisionally concluded. The core of the legally non-binding and, overall, little concrete agreements formed points to improve economic cooperation, the core of which was the three agreements from the beginning of 2020. A second, surprising part was made up of agreements that have nothing to do with the Kosovo-Serbia conflict, but rather commitments of the two Western Balkan countries on key points of Trump’s foreign policy (on the Middle East, China and Russia). Most of the political attention was drawn to diplomatic recognition between Israel and Kosovo and the opening of a Kosovar embassy (and the relocation of Serbia’s existing embassy) in Jerusalem.

The agreement, which was unilaterally pursued by the US, weakened the EU’s leadership role in political dialogue and the negotiations on a comprehensive final agreement, which were continued by EU special envoy Lajcak. This reacted with a joint declaration by Prime Minister Hoti and President Vučić at the next Brussels meeting, in which they confirmed their support for the EU negotiation process. 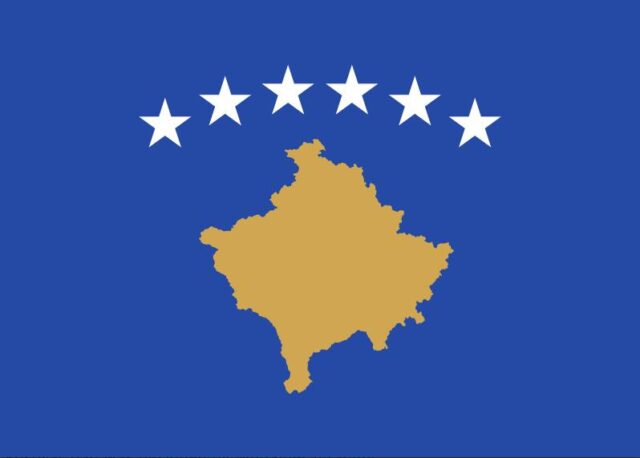